The Sycamore Education Foundation (SEF) is proud to announce that three outstanding Sycamore High School alumni have been selected as the 2020 recipients of the Distinguished Alumni Award.

Since 2013,  the Distinguished Alumni Awards have been presented annually to Sycamore High School alumni who have maintained a high standard of excellence and made a significant contribution in their fields of endeavor. This award is a tribute to graduates who have shown exceptional personal, community, and/or professional achievements.  This year’s recipients include Jeanne (Murphy) Malnati, ‘75, Dr. James McCarter, ‘85, and  Kenneth Mundy, ‘64 (posthumously). 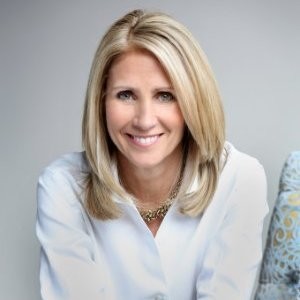 Jeanne (Murphy) Malnati is the founder and CEO of The Culture Group where she helps businesses create and maintain thriving workplace environments. Based in Chicago and working with leaders, teams and organizations throughout the United States, Jeanne and her team guide those who are serious about developing leadership, communications and team building for true internal and external transformation.

A licensed psychotherapist with a Master’s Degree in Social Work from Loyola University, Chicago, Jeanne has 20 years of experience in private counseling practice working with teenagers, families, women in transition and couples doing therapy and therapy retreat weekends.

Jeanne and her husband of 40 years, Marc, are owners of the oldest family name in Chicago pizza, Lou Malnati’s Pizzeria. During this time, Malnati’s has grown from three locations to 56 locations in Illinois, three in Arizona and one in Wisconsin. She has helped earn the company the Top Workplace Award from the Chicago Tribune for the past 10 consecutive years, as well as the Top 150 National Workplace Award. For 10 years, Jeanne facilitated a monthly communication group with top leadership and directors at Malnati’s, teaching conscious leadership principles and experientially engaging in face-to-face tough conversations.

While in South Africa, with her two adult daughters, Jeanne’s life mission was born: seeing and loving unsuspecting individuals via little pewter hearts. It was then that Spreading Hearts was created, and is now an international movement where over 35 thousand small pewter hearts have been spread to individuals around the world letting them know they are valued, seen, and loved. 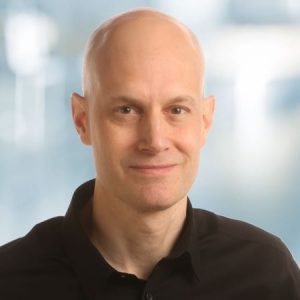 James McCarter MD PhD is an experienced executive and researcher with a track-record of success in early-stage life-science technology companies. He is currently Medical Director for New Analyte Ventures at Abbott Diabetes Care exploring new uses for the core technology that enables the FreeStyle Libre glucose sensor.

He is an Adjunct Professor of Genetics at Washington University School of Medicine and an Entrepreneur in Residence at venture fund BioGenerator. Dr. McCarter was the Founder, President, and Chief Scientific Officer of Divergence, Inc., a front-runner in the application of genomics to infectious disease and agriculture. The Company’s discoveries led to products in agriculture and veterinary diagnostics. Divergence was acquired by Monsanto where he was an executive in chemistry technology and with Monsanto Growth Ventures. Dr. McCarter chaired the scientific advisory board for Readout, Inc. and is a board observer for Neurolutions, Inc., both medical device companies.

Dr. McCarter completed his undergraduate study in biology at Princeton University, his M.D. and Ph.D. degrees at Washington Univ. and his post-doctoral training at the Washington Univ. Genome Institute, leading an international sequencing consortium. He is the founder of Washington Univ.’s Young Scientist Program providing disadvantaged students access to scientific careers and serves on the School of Medicine National Council. He is an author of over 60 scientific publications and patents and has served on 20 non-profit boards and professional advisory boards including two World Health Organization panels. Dr. McCarter is a recipient of the Innovation Award from the Academy of Science of St. Louis and is a Fellow of the Aspen Institute. 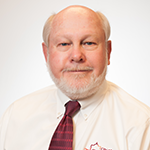 Kenneth Charles Mundy, a 1964 graduate of Sycamore High School, dedicated his life to the service of his country, his community, and his fellow citizens with over 48 years of public service. Ken’s service to others started with his enlistment in the U.S. Navy in 1966 at the height of the Vietnam conflict. Following his Honorable Discharge in 1970, Ken returned to Sycamore where he raised a family and remained until his untimely death in 2019.

While working full time, Ken was able to obtain his Associate’s Degree (Business, Kishwaukee College, 1972) and Bachelor of Science (Finance, Northern Illinois University, 1974). As busy as he was, Ken nonetheless found time to serve his community, starting in 1972 as a Board Member on the Sycamore Public Library and continuing uninterrupted in multiple volunteer and elected positions until his retirement in 2017. Ken was elected Sycamore City Treasurer in 1981 and continued there until 2005 when he was elected Mayor, a position he held until his retirement.

Among his many awards, Ken received the Kishwaukee College Alumni Association Outstanding Service Award, the Rotary Paul Harris Fellowship Award, the Clifford Danielson Outstanding Citizen Award, the Kiwanis Hixon Award and Zeller Award, and an Illinois House of Representatives Certificate of Recognition for Public Service, the Volunteer Action Center Service Award, and an Honorary Doctorate from the Sycamore Community School District. Sycamore was more than just home for Ken and his wife Juanita, it was a way of life.

With this year’s awards ceremony cancelled amidst the ongoing novel coronavirus (COVID-19) pandemic, the 2020 Distinguished Alumni Award recipients will be honored in-person alongside next year’s class at the 2021 awards ceremony, set for September 2021.  The recipients will be featured in a special segment during the Virtual Take Root program scheduled for September 12, 2020 at 7 p.m. airing on Spartan TV and Facebook Live.