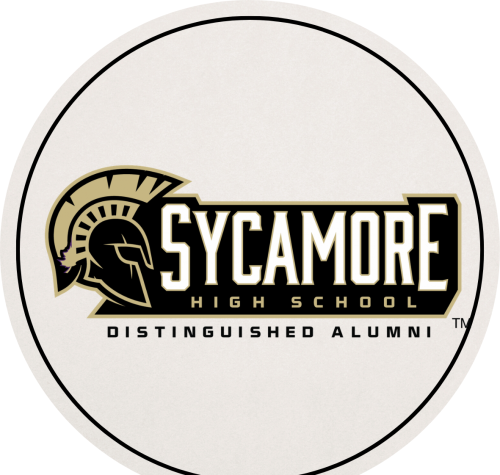 The Sycamore Education Foundation (SEF) is proud to announce that three outstanding Sycamore High School alumni have been selected as the 2021 recipients of the Distinguished Alumni Award.

Since 2013, the Distinguished Alumni Awards have been presented annually to Sycamore High School alumni who have maintained a high standard of excellence and made a significant contribution in their fields of endeavor. This award is a tribute to graduates who have shown exceptional personal, community, and/or professional achievements.  This year’s recipients include Rhonda Johnson, ‘78, Mark Kessler, ‘72, and Joel Strack, ‘78 (posthumously). 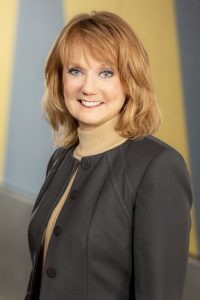 Rhonda Johnson currently serves as President of AT&T California. In this role she is responsible for AT&T’s government affairs, public policy, philanthropic, and social engagement initiatives in California. Johnson leads the company’s state workforce, including more than 33,000 employees and nearly 50,000 retirees.

Johnson has worked for AT&T and its predecessor companies for over 30 years. She served as AT&T’s Vice-President of Regulatory Affairs in California since 2007 and nationally since 2013. In that post, she has managed the company’s policy and regulatory issues before the California Public Utilities Commission in addition to overseeing AT&T’s state level regulatory teams across the country.

Johnson was raised on a family farm near Sycamore and graduated from Sycamore High School as class salutatorian in 1978. She attended the University of Illinois and graduated with highest honors with a degree in Finance.

Johnson has been selected for several years as one of San Francisco BusinessTimes’ “Most Influential Women in Business.” She serves on the boards of the California Chamber of Commerce, Bay Area Council, Silicon Valley Leadership Group, and the California Foundation on the Environment and the Economy. 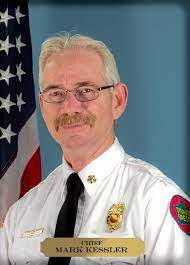 Mark Kessler, a 1972 graduate from Sycamore High School, is a retired fire chief from the City of Sycamore who worked 27 years for the fire department.  He served his community of Sycamore as a firefighter/EMT before being promoted first to Lieutenant, then to Assistant Fire Chief and ultimately Fire Chief during a time of great growth and expansion for both the community and the department.

As a firefighter, Kessler fought one of the largest fires in Sycamore history at St. John’s Lutheran Church in 2004. He helped the hurricane relief effort in New Orleans, and he offered support to police and firefighters in New York after Sept. 11.

On the administrative side, Kessler expanded management capabilities within the department, which required the creation of a second assistant chief position so a top officer was always available to respond to emergencies. He also oversaw the completion of Sycamore Fire Station No. 2. Also, along with staff, he revamped the paid-on-call firefighter program and worked to redevelop the department’s internship program where he helped plant the seeds that would later yield the fire department future Sycamore High School graduates. 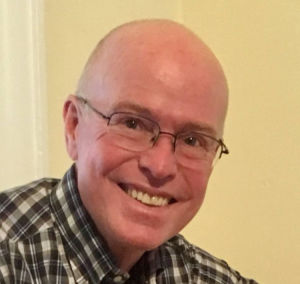 Joel Strack was a 1978 graduate of Sycamore High School.   As a high school student, he was known for his flaming red hair, impish nature, and an unabashed enthusiasm for theater and music.    He pursued these passions throughout high school as a regular cast member in school plays, choir, and Madrigals.  Strack was also active within 4H, earning one of nine Leadership Scholarships presented by “Reader’s Digest” at the National 4H Club Congress in 1979.

Strack carried his passion for music and theater into college, but actually majored in a personalized version of Public Relations at the University of Illinois at Urbana Champaign. During the summer following his freshman year at the U of I, Strack worked at Disneyland in California. His enjoyment from that experience led him to enroll in the inaugural year of Disneyworld’s College Intern Program in Orlando, Florida.   After graduation from college, he returned to that world-famous theme park and began a career that spanned three decades.

One of eight children, Joel was the son of Jeff and Mary Lu Strack and grew up in rural Sycamore.  He and his siblings earned money for further education by operating Strack Gardens, raising and selling vegetables and strawberries at a roadside stand.

Strack credited his participation in music and theatre in the Sycamore Schools and the many opportunities afforded by 4H membership for much of his success in life.  He left an enduring legacy of opportunity for members of the LGBTQ+ community in Florida and around the world through his small-town leadership style.

This year’s honorees will be recognized prior to the start of the varsity football game on Friday, September 10, 2021.  Friends and family will be invited inside the high school for a tour and the unveiling of the display case featuring the honorees.